How To Detect and Eliminate Odors In the Home Sale Process

There are many odors that might develop around your home. The worst part is that those odors might not be as noticeable to you as you might expect.

Bad Smells = Longer on the Market or Lower Offers

You might have become used to some of these scents to where you don’t notice them throughout the day. But these odors can become bothersome to people who visit your home. These include people who want to buy your home and want to take a look around.

An odor can make even the most appealing home unattractive. You will need to watch for how you’re going to remove odors from your home if you want to make the sale work well. This includes ensuring the sale isn’t going to hurt much.

There are many things that can cause odors to develop in your home:

Homes, where people smoke, can also develop odors. Some ash materials and other things from cigarettes and other smoking items can produce odors that can persist well after someone is finished smoking.

You will need to remove the issues that can cause odors to develop. Simply masking the odors will not do well, as it might entail only a few things of note.

You can keep your home free from odors when you use all of these home selling tips. Be sure to work with these plans to ensure your home stays comfortable and that it will be easier to sell. You can talk with us at Super Cash For Houses about the effort when you reach us for help. 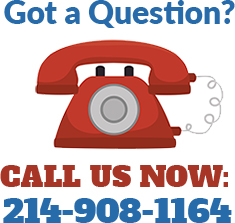 Cash Home Buyer Near You